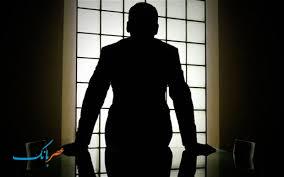 ?What Is Shadow Banking

Asrebank.ir : Shadow banking, in fact, symbolizes one of the many failings of the financial system leading up to the global crisis. The term “shadow bank” was coined by economist Paul McCulley in a 2007 speech at the annual financial symposium hosted by the Kansas City Federal Reserve Bank in Jackson Hole, Wyoming. In McCulley’s talk, shadow banking had a distinctly U.S. focus and referred mainly to nonbank financial institutions that engaged in what economists call maturity transformation. Commercial banks engage in maturity transformation when they use deposits, which are normally short term, to fund loans that are longer term. Shadow banks do something similar. They raise (that is, mostly borrow) short-term funds in the money markets and use those funds to buy assets with longer-term maturities. But because they are not subject to traditional bank regulation, they cannot—as banks can—borrow in an emergency from the Federal Reserve (the U.S. central bank) and do not have traditional depositors whose funds are covered by insurance; they are in the “shadows.”

Shadow banks first caught the attention of many experts because of their growing role in turning home mortgages into securities. The “securitization chain” started with the origination of a mortgage that then was bought and sold by one or more financial entities until it ended up part of a package of mortgage loans used to back a security that was sold to investors. The value of the security was related to the value of the mortgage loans in the package, and the interest on a mortgage-backed security was paid from the interest and principal homeowners paid on their mortgage loans. Almost every step from creation of the mortgage to sale of the security took place outside the direct view of regulators.­

The Financial Stability Board (FSB), an organization of financial and supervisory authorities from major economies and international financial institutions, developed a broader definition of shadow banks that includes all entities outside the regulated banking system that perform the core banking function, credit intermediation (that is, taking money from savers and lending it to borrowers). The four key aspects of intermediation are maturity transformation: obtaining short-term funds to invest in longer-term assets;

leverage: employing techniques such as borrowing money to buy fixed assets to magnify the potential gains (or losses) on an investment;

credit risk transfer: taking the risk of a borrower’s default and transferring it from the originator of the loan to another party.­

Money market mutual funds that pool investors’ funds to purchase commercial paper (corporate IOUs) or mortgage-backed securities are also considered shadow banks. So are financial entities that sell commercial paper and use the proceeds to extend credit to households (called finance companies in many countries).­

Why there is a problem

As long as investors understand what is going on and such activities do not pose undue risk to the financial system, there is nothing inherently shadowy about obtaining funds from various investors who might want their money back within a short period and investing those funds in assets with longer-term maturities. Problems arose during the recent global financial crisis, however, when investors became skittish about what those longer-term assets were really worth and many decided to withdraw their funds at once. To repay these investors, shadow banks had to sell assets. These “fire sales” generally reduced the value of those assets, forcing other shadow banking entities (and some banks) with similar assets to reduce the value of those assets on their books to reflect the lower market price, creating further uncertainty about their health. At the peak of the crisis, so many investors withdrew or would not roll over (reinvest) their funds that many financial institutions—banks and nonbanks—ran into serious difficulty.­

Had this taken place outside the banking system, it could possibly have been isolated and those entities could have been closed in an orderly manner. But real banks were caught in the shadows, too. Some shadow banks were controlled by commercial banks and for reputational reasons were salvaged by their stronger bank parent. In other cases, the connections were at arm’s length, but because shadow banks had to withdraw from other markets—including those in which banks sold commercial paper and other short-term debt—these sources of funding to banks were also impaired. And because there was so little transparency, it often was unclear who owed (or would owe later) what to whom.­
In short, the shadow banking entities were characterized by a lack of disclosure and information about the value of their assets (or sometimes even what the assets were); opaque governance and ownership structures between banks and shadow banks; little regulatory or supervisory oversight of the type associated with traditional banks; virtually no loss-absorbing capital or cash for redemptions; and a lack of access to formal liquidity support to help prevent fire sales.­

Shadows can be frightening because they obscure the shapes and sizes of objects within them. The same is true for shadow banks. Estimating the size of the shadow banking system is particularly difficult because many of its entities do not report to government regulators. The shadow banking system appears to be largest in the United States, but nonbank credit intermediation is present in other countries—and growing. In May 2010, the Federal Reserve began collecting and publishing data on the part of the shadow banking system that deals in some types of repo lending. In 2012, the FSB conducted its second “global” monitoring exercise to examine all nonbank credit intermediation in 25 jurisdictions and the euro area, which was mandated by the Group of 20 major advanced and emerging market economies. The results are rough because they use a catch-all category of “other financial institutions,” but they do show that the U.S. shadow banking system is still the largest, though it has declined from 44 percent of the sampled countries’ total to 35 percent. Across the jurisdictions contributing to the FSB exercise, the global shadow system peaked at $62 trillion in 2007, declined to $59 trillion during the crisis, and rebounded to $67 trillion at the end of 2011. The shadow banking system’s share of total financial intermediation was about 25 percent in 2009–11, down from 27 percent in 2007.­

But the FSB exercise, which is based on measures of where funds come from and where they go, does not gauge the risks that shadow banking poses to the financial system. The FSB also does not measure the amount of debt used to purchase assets (often called leverage), the degree to which the system can amplify problems, or the channels through which problems move from one sector to another. There are plans to combine the original “macro mapping” exercise with information gathered from regulatory and supervisory reports and information gleaned from the markets about new trends, instruments, and linkages. The FSB plans to use what it learns about shadow banks and link that information to the four shadow banking activities (maturity and liquidity transformation, credit risk transfer, and leverage) to devise a “systemic risk map” to determine which activities, if any, may pose a systemic risk.­

The first FSB survey suggested that homegrown shadow banking activity is not significant in most jurisdictions, although it did not take into account cross-border activities. Nor was it able to show how the activities might be connected across different types of entities. For example, finance companies in some countries seem to be extending their reach and their credit intermediation role. As yet, the true risks of these activities and whether they are systemically important are undetermined.­

The official sector is collecting more and better information and searching for hidden vulnerabilities. Banking supervisors also are examining the exposure of traditional banks to shadow banks and trying to contain it through such avenues as capital and liquidity regulations—because this exposure allowed shadow banks to affect the traditional financial sector and the economy more generally. Moreover, because many shadow banking entities were either lightly regulated or outside the purview of regulators, the authorities are contemplating expanding the scope of information reporting and regulation—of both entities and the markets they use. And the authorities are making sure that all potential shadow banking entities or activities are overseen in a way that discourages shadow banks from tailoring their behavior to come under the supervision of the weakest (or of no) regulators—domestically or globally.­

The authorities are making progress, but they work in the shadows themselves—trying to piece together disparate and incomplete data to see what, if any, systemic risks are associated with the various activities, entities, and instruments that comprise the shadow banking system.­